Posted at 23:44h in Educational by Elise 0 Comments
0 Likes 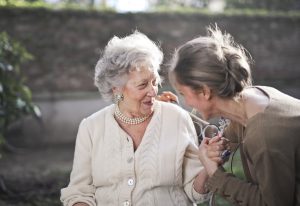 The Transamerica Center for Retirement Studies released its 20th annual Retirement Survey of Retirees this month. The survey contains many interesting retiree statistics and insights. Something that particularly stood out in the survey was the section regarding legal documentation. The survey (carried out in June 2020) revealed that many retirees lack some of the most important legal documents for the latter period of life.

30 Percent of the retirees sampled had an advance directive or living will in place at the time of the survey–a document that instructs medical personnel on healthcare preferences at the end of life. This is an important document to have if you wish to decline any end-of-life care for any reason. 19 percent of those surveyed had funeral and burial arrangements in place, while 18 percent had a HIPAA waiver in place. Finally, only 11 percent had a trust in place. 30 percent of retirees had no legal documentation in place at all.

While death might not be the first thing on a retiree’s mind, it’s important to realize that the unexpected can always happen. Being prepared is important now more than ever, and these six or seven documents are a great place to start.

Take a look at the survey for more insights.